Recently, a long-time member of the Christogenea Forum and a member of the British army was arrested for racism in Britain. Sadly, it looks like he is going to do 8 years for possession of pepper spray, and the sentence was enhanced because of his alleged racism. He was, however, surprisingly cleared of charges of inciting racial hatred related to his 495 posts at Christogenea.

Here is one related thread, although there are others:

So the British Sergeant Major of the Army, Glenn Haughton, made the video above in response to the "racist" soldiers. Then he tweeted the video to his Twitter followers and said "'There is no place in the British Army for any form of racism.' Watch the video, retweet the video and spread the message."

So we responded with a message of our own (see the screenshots below): "How does it feel to be a well-paid whore for internationalist bankers and global corporations? You sir, are a traitor to your heritage and your people." Then we spoke further and said "How many thousands more young British girls need to be gang-raped by muslims before you Cucks leading the British armed forces realize that you have sold out you own people for mammon?"

But rather than engage with me, or even confront me, the brave Sergeant Major did the battlefield equivalent of a duck-and-run. I was reported to twitter, and my account is locked (see the screenshots below). That is something that a little faggot or a girl might do.

When Abdul and Mohammed are taking turns on Glenn Haughton's ass, or on his wife or daughter, I wonder who he thinks he can report them to? 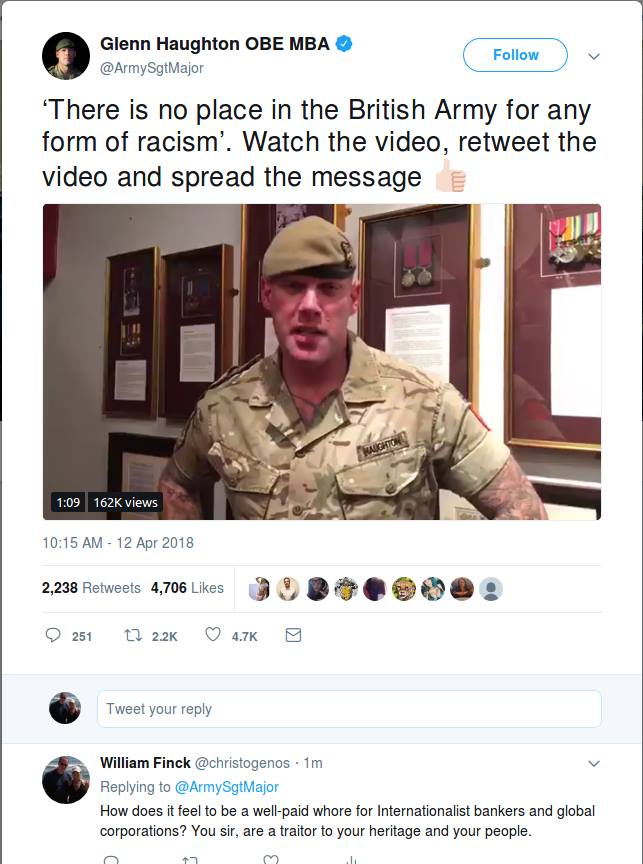 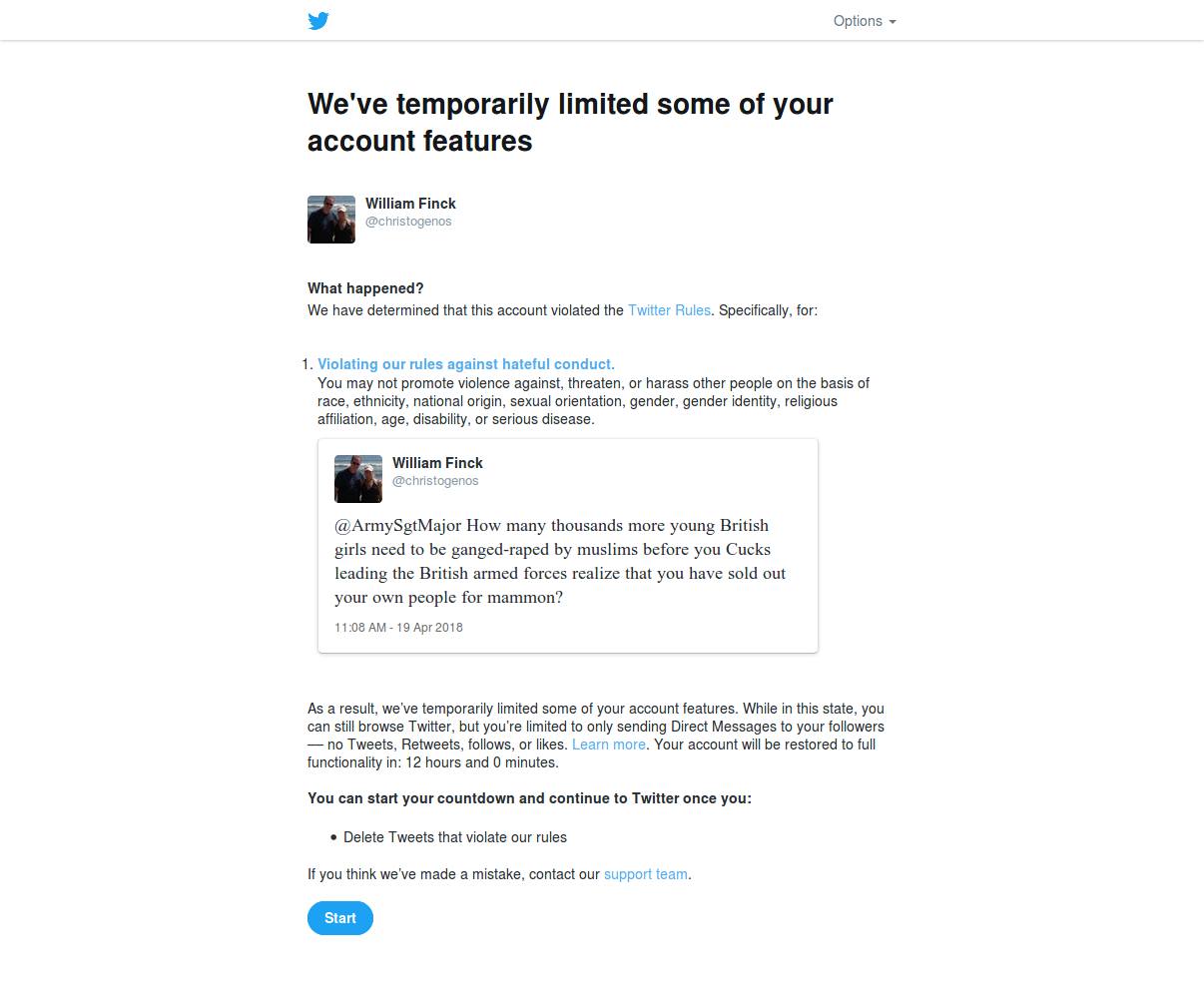